Invasive vs. Aggressive: Plants That Don’t Want to Die

One day I was outside picking some chives, when a neighbor walked by my yard and told me, “You can’t grow those dandelions and milkweed, they’re invasive!” Of course, I knew they weren’t. Not only is milkweed native, neither of the plants are listed as invasive or noxious in our city or state. But how do we know what are invasive vs. aggressive plants? And what are noxious weeds? Let’s look at all the definitions.

What does invasive mean?

According to the USDA Forest Service,

An “invasive species” is defined as a species that is:

1. Non-native (or alien) to the ecosystem under consideration; and,

2. Whose introduction causes or is likely to cause economic or environmental harm or harm to human health. (Executive Order 13112).”

A list of general national invasive species can be found here , but it is not a comprehensive list. To find out what is considered invasive in your area, go to this page and then select your state. Click on “State and Local Government” at the bottom, and find the list of invasive terrestrial plants provided by your state government. If you can’t find the list from there, just Google your city, county, or state along with the words “invasive species.” I don’t know why it’s so hard to find a list, but it is.

When you’re looking, you’ll also see lists of weeds and noxious weeds. You might also see the words “exotic” or “translocated” or “opportunistic.” Let’s see definitions from the USDA on all of these terms:

Native, Invasive, and Other Plant-Related Definitions

A plant that is a part of the balance of nature that has developed over hundreds or thousands of years in a particular region or ecosystem. Note: The word native should always be used with a geographic qualifier (that is, native to New England [for example]). Only plants found in this country before European settlement are considered to be native to the United States.

A plant that is both non-native and able to establish on many sites, grow quickly, and spread to the point of disrupting plant communities or ecosystems. Note: From the Presidential Executive Order 13112 (February 1999): ‘An invasive species is defined as a species that is 1) non-native (or alien) to the ecosystem under consideration and 2) whose introduction causes or is likely to cause economic or environmental harm or harm to human health.’ In contrast to item 2) of the Executive Order, which includes plants invasive in agricultural settings, the Connecticut Invasive Plant Working Group lists non-native plants as invasive only if they invade minimally managed (natural) areas.

A plant not native to the portion of the continent where it is now found. (California Poppies in New England are an example of a translocated species.)

A native plant that is able to take advantage of disturbance to the soil or existing vegetation to spread quickly and out-compete the other plants on the disturbed site.

Common Usage – A weed is a plant (native or non-native) that is not valued in the place where it is growing (USDA Animal and Plant Health Inspection Service (APHIS)). Definition – Any plant that poses a major threat to agriculture and/or natural ecosystems within the United States.

Common Usage – A plant that is particularly troublesome. Legal Context (Federal Plant Protection Act) – Any plant or plant product that can directly or indirectly injure or cause damage to crops (including nursery stock or plant products), livestock, poultry or other interests of agriculture, irrigation, navigation, the natural resources of the United States, the public health, or the environment. Note: USDA APHIS maintains a list of federally-recognized noxious weeds. It is illegal to import Federally listed noxious weeds or transport them across state lines. Some states or counties maintain lists and have passed laws regarding responsibilities for their control (not applicable in Connecticut). Connecticut laws ban the sale or transport of noxious weed seeds.”

There! Clear as mud now? The thing with noxious weeds is that they are most particularly labeled as such because of their effect on yields in large agriculture. Or they might consider a native plant like, say, poison ivy, noxious because of most humans’ skin reaction to it, even though it is a useful plant to many other species like deer, for example, who eat it.

If you read my post about wild sunflower you might recall that this native, extremely useful plant is considered a noxious weed in Iowa because of its impact on corn and soybean agriculture in that state. Meanwhile, next door in South Dakota, we are the leading producer of sunflowers as an agricultural crop. (I’ll let you wander the threads of thought here.)

What about aggressive plants?

Aggressive plants are simply plants that really want to grow. They are usually either annual plants that self-seed really well in disturbed soil or perennial plants that reproduce easily by seed, rhizomes, or both. You’ll often hear gardeners complain about plants like this, because these plants make it difficult for certain types of gardeners to have 100% control over every inch of their garden.

Aggressive plants can be native, non-native, naturalized, invasive, or even cultivated plants. Plants well-known to be aggressive are peppermint, milkweed, yarrow, sunchokes, dill, cattail, and garlic mustard. Notice how some of those are invasive, some are native, and some are garden plants. All that makes a plant aggressive is that it really, really wants to grow.

I love aggressive plants. Especially ones that keep fighting humans who are fighting them. Dandelions relentlessly persevering through application after application of herbicides. Sunchokes thriving even more when you try to harvest every tuber (hahaha!). Cottonwoods sprouting out of street cracks, old bridges, and treetops. Its the kind of perseverance I can only dream of.

These plants that thrive in the same conditions we live in — urban pollution, lack of nutrients, etc., are plants we should be taking into our bodies. We are what we eat — cells of our food ultimately replace cells in our bodies. Don’t we want to become something that thrives in our environment? Most people are doing the complete opposite. They fight these plants over and over, with no clear end in sight, developing a deep hatred for these true miracles.

So what can you grow?

I recommend keeping plants listed as invasive out of your garden. If you live in a city that controls individuals’ properties via warnings, mowing, and fining, look up your city’s code. For example, the website for Sioux Falls, SD, lists that you cannot have grass and weeds higher than 8” high or state-classified noxious weeds on your property. If you are reported and confirmed for breaking this ordinance, they will give you a warning to mow. Then, if you don’t mow or remove the plants, the city will come mow and/or weed-wack it all and then fine you a large sum of money for their time. Know your city’s codes! If you can’t find it online, call the city.

Our state noxious weeds list is luckily very small and does not include native plants, which I’m very thankful for. If my state listed native plants that are extremely beneficial to the ecosystem (like milkweed) as a noxious weed simply because it thrives in gigantic monoculture cornfields, and my city wasn’t super forceful in its control of my property, I’d let those plants grow or even plant them. I do not personally find that to be irresponsible or threatening to the ecosystem or to neighbors in any way.

In a rural area? Use your best judgement. These plants evolved in our environment for a reason, and I think it is just as unethical, if not more, to attempt to completely banish certain native plants in the name of human agriculture, as it would be to plant a state-classified noxious weed that is native and beneficial near said agriculture.

Other plants are totally on the table. It’s up to you to decide the ratio of native to non-native plants you want. You decide which plants are useful to you and your ecosystem and whether you want to let them grow if they showed up on their own. You decide how aggressive is too aggressive for your yard. That’s a lot of freedom, so take advantage of it, but do so wisely.

Other people in the equation

The neighbor from the beginning of my story ended up reporting my property to the city. They came and took pictures, and my husband called them to ask them why they were doing that. They told him we had been reported for having invasive or noxious weeds, and that as we were within code, the case had been closed.

But I took it a step further and invited the head of the code enforcement department over to my house. I had cooked him some milkweed to taste, but unfortunately he declined to try it. We had a great discussion about my property, Project Food Forest (the nonprofit I was starting), and what his department all does. When you are doing things outside the box, it’s always best to develop as many friendly relationships as possible, especially with powerful people and groups.

The neighbor has since moved away, and no one else has ever complained. In fact, I get dozens of compliments every year on our property. Plus, I feel like I am being a good steward to our local ecology, not just because I promote biodiversity on my property, but because I also do not allow invasive species that could hurt local ecosystems. 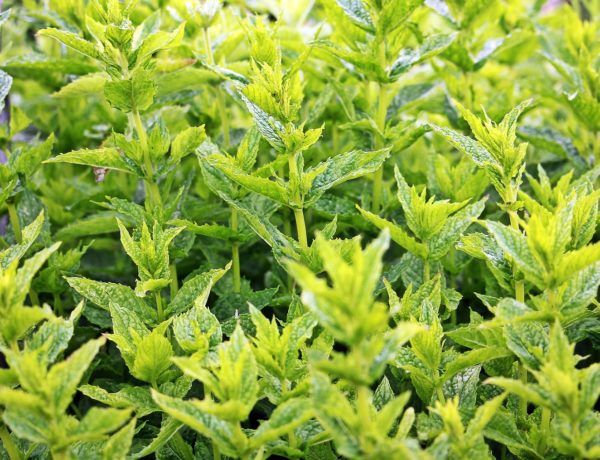 For the Love of Mint in All Its Spreading Glory 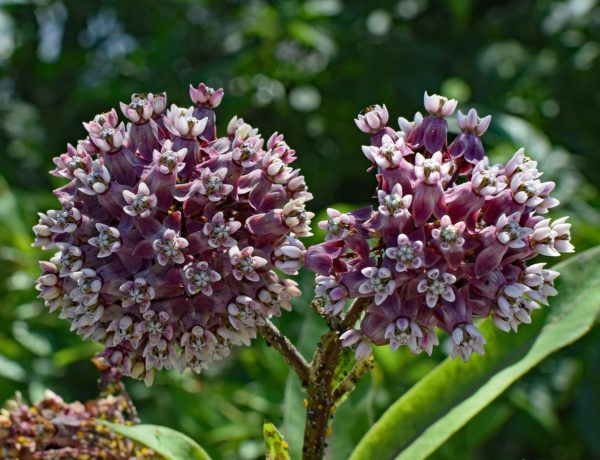 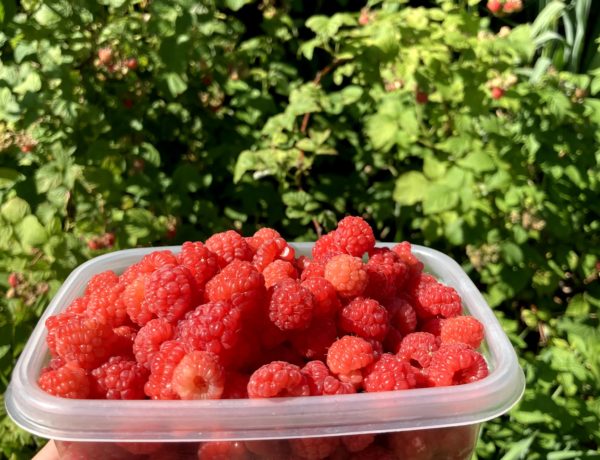